The National Association for Catering and Events (NACE) is the first, non-profit, national organization for caterers, event planners, and event professionals they provide education, certification, and a network of resources for members in all segments of the hospitality industry. NACE Mission Statement - The mission of NACE is “To be the premier resource and community for catering and event professionals." Our Chapters Vision - To be Stewards to our members “The giving of our time, our talent, and our treasure” and to make sure that we are continuing to keep our “Members FIRST” in all of our actions. NACE paves a clear career path for catering and event professionals that directly affects the way they do business and sets them apart as a professional in the hospitality industry.

Wondering what a typical NACE meeting is like? See this video for a better idea: 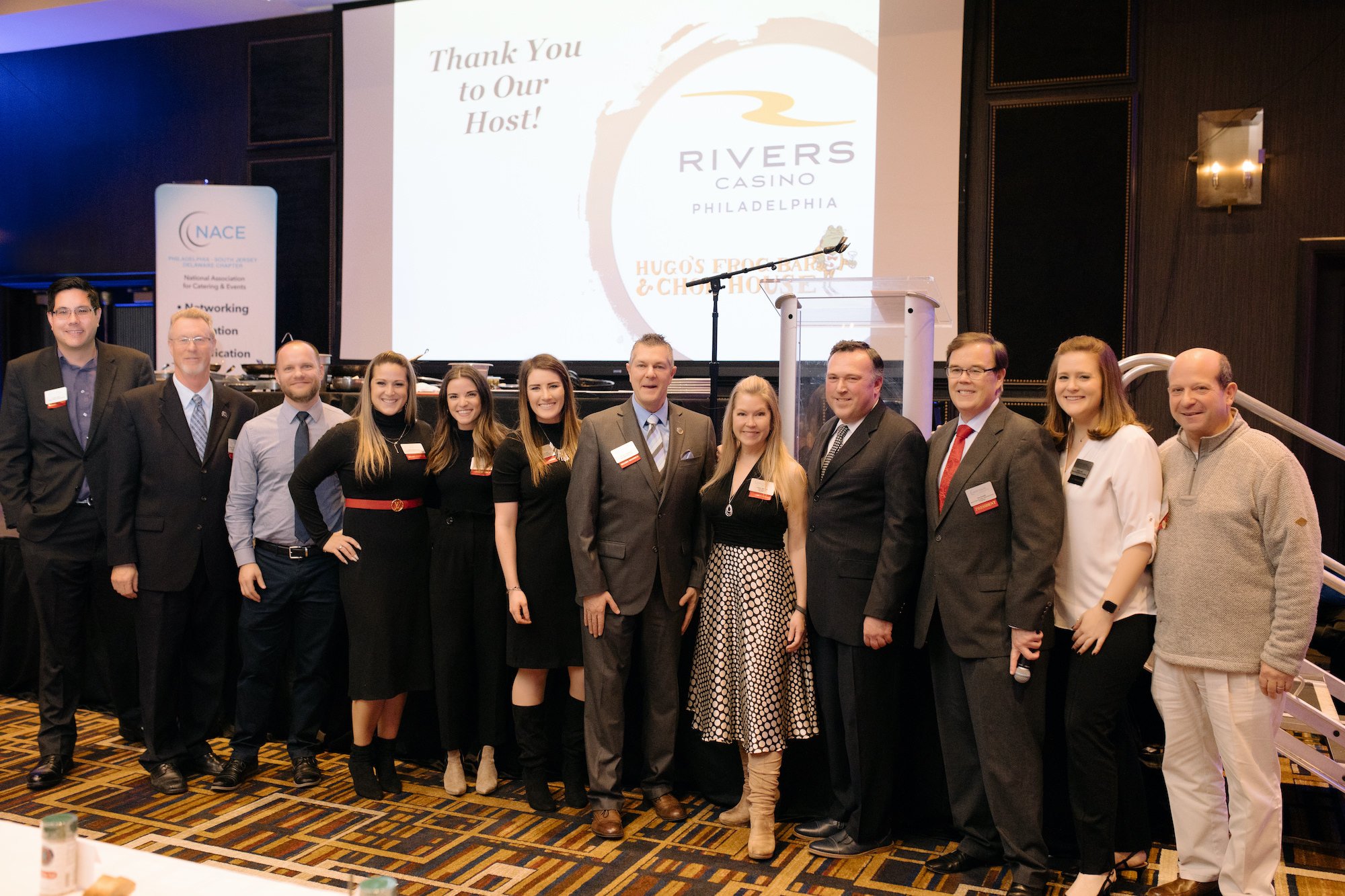 Meet Our Chapter Board

Our board encompasses a cross-section of professionals from across the area. Read their bios.

Hotel directors decided they needed to form an organization to retain as much business as they could amongst themselves, as well as promote good fellowship and relations. They also felt their positions were not being recognized on the same level as the directors of sales and marketing and wanted to promote their positions through an association. The Banquet Managers Guild was formed. For two years the Banquet Managers Guild existed only in New York City.

Joe Haney, who had previously worked at the Waldorf Astoria, left to be general manager of the Warwick Hotel in Philadelphia. He encouraged his catering manager, Vincent DeFinis, to join the Banquet Managers Guild in New York. Vincent went to see Clyde Harris, president of the Guild at that time. He saw the potential for the association and joined the guild as member number twelve.

Traveling to New York on a regular basis was difficult for Mr. DeFinis, so he began forming a Philadelphia chapter. He accomplished this, thus making the Banquet Managers Guild a national association. The Guild continued to expand and chapters were soon added in Atlantic City, Washington D.C., Boston, St. Louis, Miami, Chicago and Atlanta.

The Guild’s first seminar was held at the Bellevue-Stratford hotel in Philadelphia with 32 attendees. This was followed the next year with 50 people in attendance in the Wedgewood room of the Waldorf Astoria. From this beginning, the NACE conference grew into the annual, cutting edge industry event we know today.

The Guild changed its name to the National Association of Catering Executives to reflect better the trends in industry job titles and the increase in off-premise caterers.

The Association reached more than 1,000 members and strengthened its focus on education by forming the NACE Foundation.

The Certified Catering Executive designation was created and the first certification exam was administered.

Chapter wins first “Chapter of the Year – Over 100 Members” award.

Chapter wins “Chapter of the Year – Over 100 Members” award again!

Philadelphia is the host site for the National Educational Conference which commemorates NACE’s 50th anniversary. Over 700 members attend the conference held at the Loews Philadelphia Hotel.

www.naceuniversity.org launched and the first online exam was administered.

Delegates unanimously voted for a name change, making NACE the National Association for Catering and Events.

Chapter wins “Program of the Year – Over 100 Members” award.